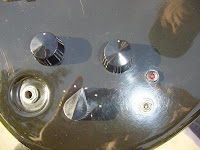 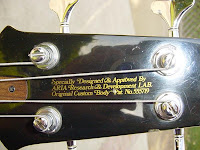 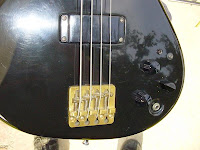 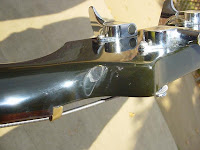 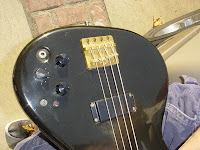 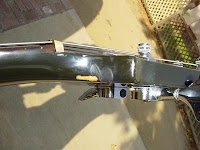 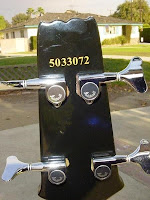 Here is another Ventures / Bob Bogle bass, this one from about 1990. This bass is actually quite similar to the SB-JR750 model but with Seymour Duncan pickups and AP custom and The Ventures logo on the headstock. 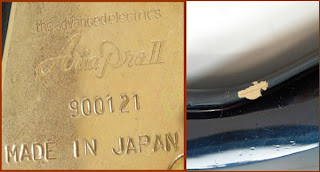 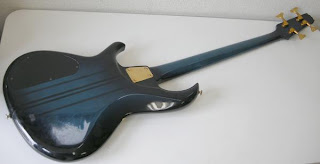 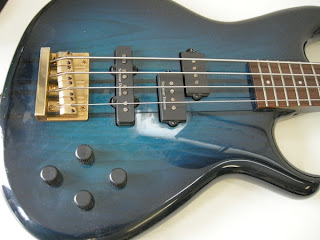 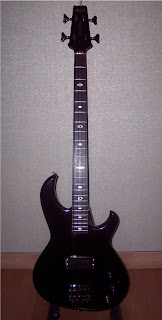 I finally got around to stringing up my SB-R60 with some DR Black Beauty strings. As you can see I was going for a 'stealth' look here. With the black hardware, black finish and now Black Beauty strings, it really gives it a sleek look. These strings sound great with the Alembic pickup. More pics here. 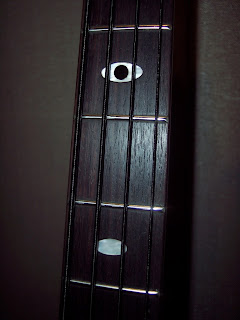 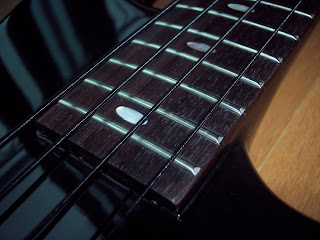